Music is part of human existence and throughout history music in some form has always been present. Often, it is seen as something that binds people together. Ritual and religious ceremonies of tribal people are always depicted in modern day films as having some form of music and ethnomusicologists describe how certain tribes use certain types of music to depict certain rites of passage.

It is perhaps from historical origins (the triumph of eternal life over death) that music has also been used to depict the desire for victory, as can be seen the march song Sink the Bismarck, the work of songwriter Tillman Franks, which was based on the pursuit and eventual sinking of the German battleship Bismarck in May 1941, during World War II; and numerous other ‘war songs’ that have been written through the ages.

I have to say that I think that perhaps the most popular theme among songwriters is love. There are several reasons for this. Primarily, love is a universal subject, everybody knows what love is. Secondly, it is difficult to get a song about love wrong. (As a songwriter myself I would say that is the most attractive part of writing about it). Everyone knows that love is a very subjective subject. People have different ways of expressing love and they also have different ways of describing how love is expressed. So, practically speaking, whatever songwriters say about love goes, since it is the way that they represent love that counts. It is their version of what love is or of what love should be that listeners are all ears for. Thirdly, and perhaps most importantly, love is something that binds people together; even when simply when thinking about it when among friends. The song makes the groups they are in gel together.

It is perhaps because music brings people together that it is part of collective gatherings of people, including weddings and funerals. I was looking at one of Andre Rieu’s videos on YouTube, when he entertained his audience with the song ‘That’s amore’ which was composed by Harry Warren to lyrics by Jack Brooks and that became Dean Martin’s signature song in 1953. Andre Rieu and his orchestra played this song to celebrate Valentine’s day.

Music clearly can set the mood – this facility of music having been used in the world of radio, television, film and advertising (and in today’s world on social media) to attract the desired attention or to enable listeners to identify with the message that is being conveyed to them. Combining music with visuals on YouTube is likely to what has made certain songs a hit. Certain musical protagonists such as Justin Bieber are reputed to have risen to fame after appearing on YouTube in the earlier stages of their musical careers.

Music however has other functions, and, through songs, often serves as a political medium wherein songwriters and performers protest about something to either simply express that they are unhappy about a situation, or else to persuade others to take up ‘their’ cause and instigate change. Take Pink Floyd’s ‘We don’t need no education’ – it is a song that people can identify with and that can be used to give listeners a considerable degree of pleasure and yet protests archaic education systems the world over. Songs can also have a deeply personal side to them. Take Transgender Dysphoria Blues. This song reflects the gender transition of founder and songwriter Tom Gabel who later became Laura Jane Grace. Or take Miguel Pimentel’s “What’s Normal Anyway?” which reflects the tension that Miguel experienced through his different cultural roots (his father was Mexican and his mother was African-American), and shows how he worked through his cultural ambivalence to eventually come to the realization that he was himself.

Songs can also be a medium of entertainment, although, at times, even the most apparently superficial of songs can convey a deeper meaning. If I had to be asked, I would say that my first single Shine at Christmas which is available on www.damianspiteri.com and that has also been uploaded to YouTube, and attracted 46,500 views in practically the first three weeks of its uploading, falls into this category and associates love for Our Great King (and I consider my Christian faith as important) with living in harmony; an association which I have presented both as the song’s climax point and as it’s finale. However, on first hearing my song, Shine at Christmas, many of my listeners have told me that they became so wrapped up in its upbeat rhythm that they did not focus on the message the song conveys, until they heard it a second or third time over.

Speaking in all fairness, it remains to be stated that the whole repertoire of Christian music is in a sense political and in a sense pro-social as, in one way or another, it usually encourages people to think of those who are less fortunate than themselves and reassures listeners that they will obtain God’s grace, and a reward of life everlasting, for so doing.

When writing songs about migrants, or more specifically involuntary migrants, who are better known as asylum seekers and/or refugees; I believe that the song can go in two directions. It can serve to protest the presence of the migrants in the native people’s lands. Or else, it can elicit compassion for the migrants. My song has the second aim – that of eliciting compassion.

‘Migrants’ (which is the name I have given the song) traces its origins to when I was teaching a group of young boys in Malta who were asylum seekers from Africa and they became a part of my life. I reached out to them and they told me their stories. There were very deep feelings involved. This left an impact on me. However, I was also conscious that they were not the only asylum seekers in Malta, and that the asylum-seekers in Malta were only a very small fraction of the asylum seekers around the world.

According to the UNHCR, there are currently over sixty million displaced persons worldwide which is giving rise to an ever-increasing global refugee crisis. Added to this, particularly when a clearly visible number of asylum seekers are given protection, this often indicates that either governance in their place of origin has broken down, that the government has turned on a sector of its own people and is behaving abusively toward them, or there is some other crisis that make it impossible or exceedingly difficult for people to remain in the countries that they are fleeing from. 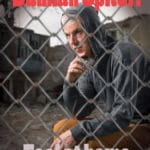 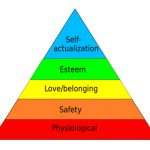 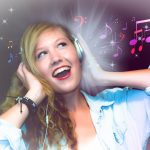 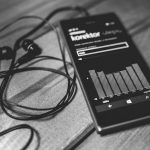